Penguin Parade bookings ESSENTIAL during the holiday season, as we often sell out at this busy time. Please allow extra travel time, and please note we may use a shuttle transfer from/to our overflow parking area once the carpark is full. 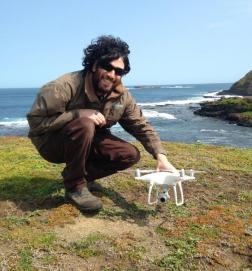 We learned from Karina Sorell’s Honours research (Monash University) and your amazing counting efforts in 2017, that the two best breeding colonies for using the Remote Piloted Aircraft (RPA) were Seal Rocks, near Phillip Island in central Bass Strait and The Skerries, near Mallacoota and the Victorian border with New South Wales.

Both sites were surveyed in the 2018 breeding season and counted during the “Annual SealSpotter Challenge”, with a snapshot of the results here, but please click on the newsletter link below for a detailed update.

Due to popular demand, we have kept the portal open and added more surveys. Happy counting, and we look forward to more collaboration and the 2020 SealSpotter Challenge next year.

Citizen Scientists around the world are counting down to the start of the Annual SealSpotter Challenge at 9.00am on Saturday 8 June, when they will have the opportunity to contribute to vital seal research from the comfort of their own homes.

“Participants will have two weeks to access the SealSpotter web portal and count as many seals and seal pups as they can, and very appropriately it’s starting on World Oceans Day” says Dr Rebecca McIntosh, Research Scientist with Phillip Island Nature Parks.

“SealSpotter harnesses the drone (RPA – Remote Piloted Aircraft) technology we are currently using to monitor several colonies of Australian fur seals on Victoria’s offshore islands. The high resolution images captured by the drone are then uploaded to the SealSpotter portal, ready for the start of the Annual SealSpotter Challenge.”

Some of Victoria’s fur seal colonies can number in the tens of thousands, so the contribution made by citizen scientists who can count the various populations accurately and efficiently through SealSpotter is highly valued. Participants help count seals, identify pups, and also spot entangled seals caught up in marine debris such as rubbish and fishing material.

“We launched SealSpotter last year and were thrilled with the results and the level of engagement by a total of 644 citizen scientists not only here in Australia, but in Europe, UK, USA, Canada, South Africa, India, Russia and throughout Asia. Between them they managed to view and label over 84,000 images, and classify over 610,000 seals.”

“We are excited not only about the collection of data, but also about some of the other benefits this type of accessible research collaboration brings. By engaging with a wide range of citizen scientists including individuals, schools and special interest groups, we are hoping that there will be an ever increasing awareness within the community of the need to support research to better understand our natural world and improve conservation and the health of our oceans.”

“We are looking forward to collating and publishing the results soon after the end of the challenge and celebrating the Citizen Scientists and those that have made a large effort towards the count.”

The SealSpotter portal was developed by Phillip Island Nature Parks’ researchers thanks to generous funding from the Penguin Foundation, and the first “Annual SealSpotter Challenge” is due to go live at 9.00am on Saturday, 8 June, coinciding with World Oceans Day.
www.penguins.org.au/sealspotter